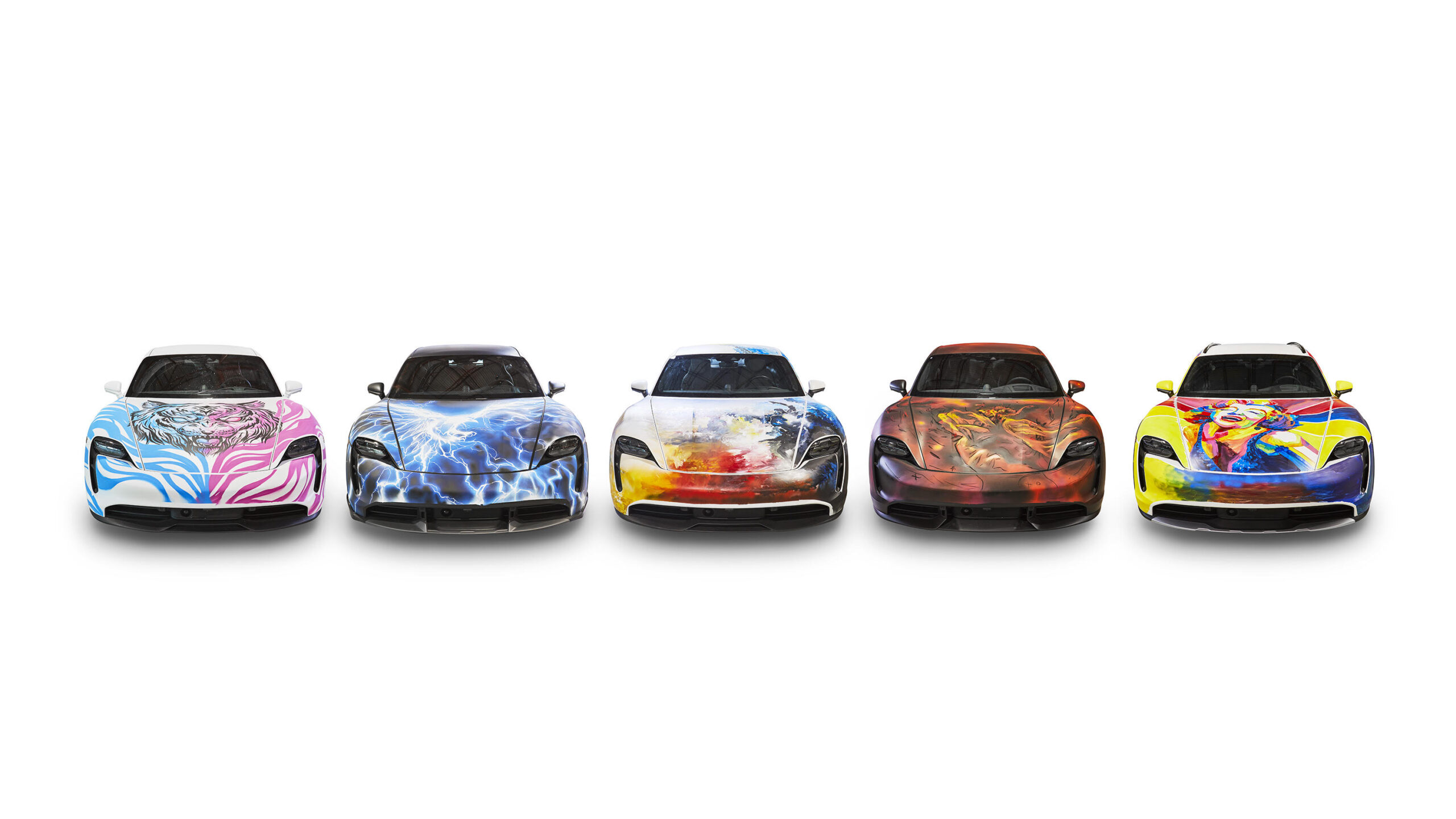 On July 20, a group of 12 Art Battle Canada finalists took part in a live art competition held at the Liberty Grand Governor’s Ballroom in Toronto. Each competing artist raced against the clock for audience votes on their canvas art, with both in-person and online viewers working together to determine the winner.

Since 2009, Art Battle Canada has been presenting the finest in live art competition events in dozens of cities across Canada. Each year artists compete at hundreds of local events in the hopes of moving on to higher levels of competition. Audience vote determine event winners as artists battle to become City Champions, vie for position in regional and provincial competitions, and finally to represent their communities at the Art Battle National Championships.

Andre Allan claimed his third event title and second in a row in front of Porsche Cars Canada’s CEO and President, Marc Ouayoun, who commented “It was a delight to be present to witness in person the breadth of talent that has been nothing short of remarkable. We would like to thank Art Battle as well as our Canadian retail partners who supported local competitions from coast to coast for another successful collaboration. The Porsche Canada x Art Battle 2022 National Championship celebrates individual expression and allows the brand to reach a new, young, urban, and diverse audience.”

Cars as a canvas

in addition competing in the art battle and ahead of Wednesday’s event, five of the artists each used a Porsche Taycan as their canvas to create art displays for the occasion. These individuals were Katrina Canedo, Enrique Bravo, Moumita Roychowdhury, Dimitri Sirenko, and Allan André and their creations can be seen below!

The National Championship finale was the culmination of an event series held in various cities across the country to identify 12 qualifying artists to compete with the incumbent champion, Allan André. As the 2022 Canadian champion, André will represent the country at the World Championships of Art Battle in Tokyo, Japan, in early 2023.